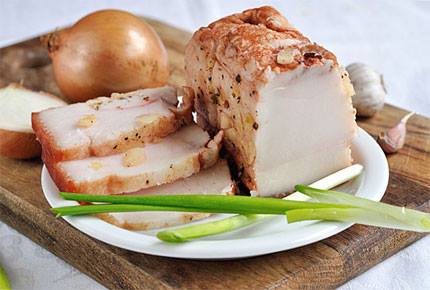 Vitamin D levels have fallen in many populations around the world, particularly in northern climates. Today about 80% of North Americans demonstrate some levels of deficiency in vitamin D. This is primarily due to the changes in diet and lifestyle – less healthy fats in our meals, less unprotected sun exposure.

A safe alternative is to include fatty fish like salmon, trout, catfish and herring in our menus. But what about those people in small locales, far from the sea coast, who never had a lot of fish in their diets and still managed to have healthy levels of vitamin D?

The answer will probably make you feel good: bacon! Pork fat found to be the second to fatty fish in a natural level of vitamin D. So favoured by North American and European homesteaders, lard was their main winter vitamin D supplement.

So, bacon for breakfast may not be such a bad idea. The only catch is that the bacon should be from pastured pigs, spending their life outside, getting enough sun. The fat of confined pigs contains zero vitamin D.